An ‘Adishtana Pooja’ against 20th Amendment 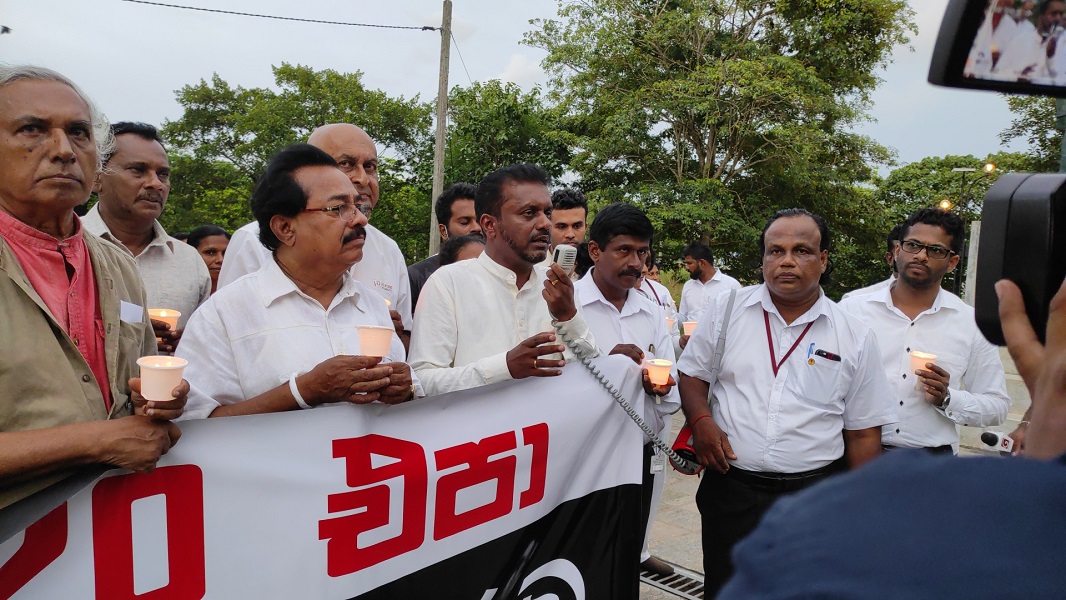 A vigil was organized by coalition of sama samajists, civil society organizations and trade unions on 28th September in front of the Maduluwawe Sobitha Thero Memorial Statue, Kotte.

Speaking to the media, former UNP National List MP and trade union leader Saman Ratnapriya, stated that the government had proposed the 20th Amendment, which does not address any of the problems related to the people or the country, simply to create a dictatorial president.

Prof. Vickramabahu Karunaratne while giving a statement to the media, stated that the government had introduced the 20th Amendment as an attempt to build a most dangerous repressive state.

He recalled that such a situation took place in Germany in the history of the world. “At that time, it was a situation where, a dictatorial government was formed, racist repression was carried out all over the country and brought a catastrophe to the world, after being elected to the parliament.”